In Another Time,  by YA award winner Jillian Cantor (March, 2019) is a historical novel that spans Germany, England, and the U.S.  It follows the story of a young couple torn apart by events leading up to World War II. Jillian won the YA award in 2011. 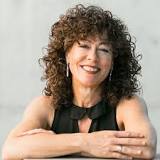 The Fall of Grace, by YA award winner Amy Fellner Dominy,  (Jan. 2018) blends suspense and romance. Grace is a popular and talented high school junior, but that all ends when the news breaks that the investment fund her mother manages is a scam.  When the FBI starts investigating, Grace escapes to the wilderness. Soon she is followed by Sam Rivers, a mysterious loner from school.  Amy won the YA award in 2017.

Vaquita: Science, Politics, and Crime in the Sea of Cortes,  by Children’s Award Winner Brooke Bessesen (2018) relates the plight of the vaquita, a small porpoise native to the Sea of Cortes that has been called the world’s most endangered marine mammal. This fast-paced story of pirate fishermen, smugglers, killer cartels, dedicated scientists,  whale warriors, and Navy dolphins is a suspenseful account of a species that may soon be lost. Brooke won the award for Children’s Literature in 2012.